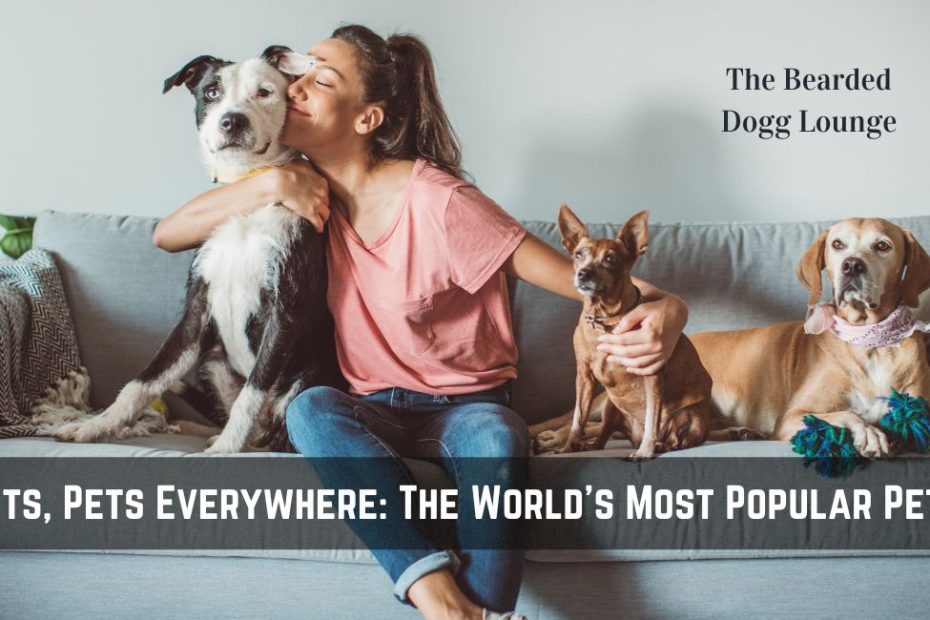 Choosing a family pet is a big decision that will affect not only your quality of life but also the health and happiness of the pet you want to bring into your home. When choosing a pet, there are a lot of things to think about, like space, cost, activity level, and time commitment, to name a few.

By looking at some of the most popular pets in the U.S. and around the world, we might be able to figure out what kinds of animals people like to live with and why.

People all over the world have pets.

Pets are a big part of life in many parts of the world, and in places where the economy is growing, the number of pets is often also growing. Dogs and cats are the most common pets in North America and other parts of the world:

Africa: Many African countries haven’t been properly surveyed, so it’s hard to say how many Africans have pets. There are about 5 million dogs in Ethiopia, but only 250,000 cats. 7.4 million South Africans would rather have dogs than cats as pets (2 million).

Australia: Pet ownership is lower in Australia than in other places because there are a lot of rules and regulations about pets (only 3.5 million dogs and 2.4 million cats).

Europe: In 2008, the World Society for the Protection of Animals (WSPA) did the biggest survey of pet ownership in Europe to date. It found that about 6.7 million dogs and 9.8 million cats are kept as pets.

South America: Eighty percent of the people polled in Argentina said they had a pet. This is the highest rate in South America. With 75%, Brazil is a close second.

The most common pets in the US

Studies show that the U.S. has the fifth most pets in the world. The number of pets in the United States is at an all-time high, according to a survey done by the American Pet Products Association. Dogs and cats are the most popular pets.

According to the National Pet Owners Survey of 2007, the following are the most popular pets in the United States:

And the Winner in the Whole World Is…

The dog has always been our best friend. Dogs are the most popular pet in the world. They don’t have more of them than cats, fish, or birds, but more homes have at least one dog than any other pet. Recent surveys show that cats are a close second, followed by fish (12%), birds (6%) and other types of pets (6%).

No matter what kind of pet you have, you should take it to the vet at least once a year to make sure it’s healthy. This important visit makes sure that they are healthy and getting the vaccines and medicines they need to stay that way. It also gives pet owners a chance to talk about their pet’s ongoing needs and other concerns.

Please don’t be afraid to get in touch with us at Lone Tree Veterinary Medical Center when it’s time for your pet’s next checkup or any other kind of care. We look forward to seeing you!