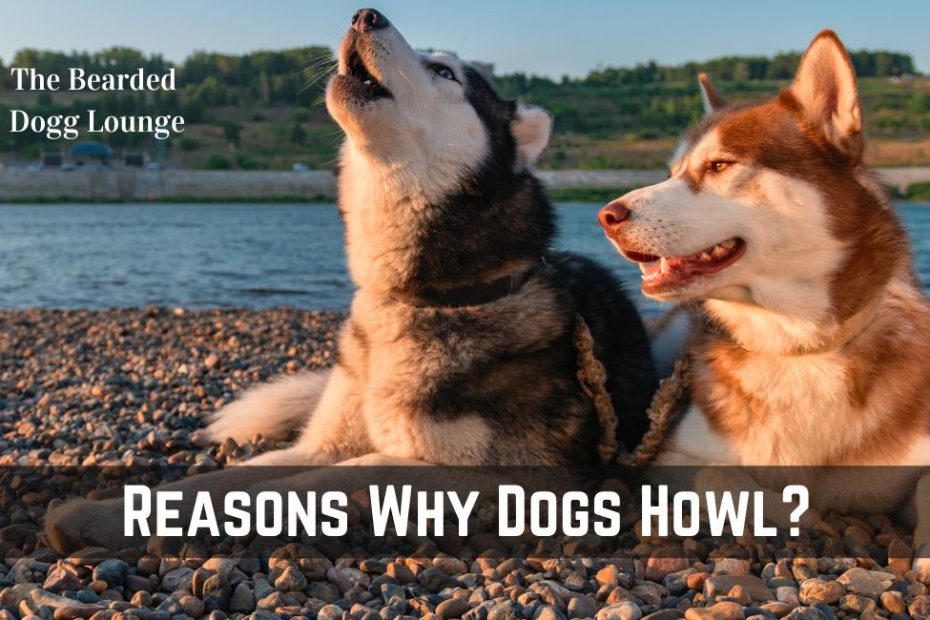 Dogs howl for different reasons, but most people think it’s a way for them to talk. Howling is a common sound that wild dogs make, but it’s not just coyotes and wolves that do it. Even a small Pomeranian or Chihuahua can howl, but some breeds are better known for it. Sometimes people howl out of fear, pain, confusion after waking up from anaesthesia, or just to let people know they are there. It’s important to understand what your dog is trying to tell you when it howls.

Howling can be a sign of a health problem because a dog may howl when it is upset because it is sick or hurt. Dogs may howl if they are in pain, if their hormones aren’t working right, if they are losing their sight or hearing, if they have certain neurological conditions, or for other medical reasons. Canine cognitive dysfunction, which is sometimes called dog dementia, is a good example. This is a medical condition that affects the brain of a dog and can make the dog howl. This usually happens to older dogs and is like Alzheimer’s disease in people. Dogs with canine cognitive dysfunction are often disoriented, confused, and forget things they should know, like where the door opens or how to get around the house. This dysfunction is a neurological problem, and since a dog may be confused, it may start howling because it is confused or scared. If you think your dog’s howling could be caused by a health problem, it’s important to take it to the vet as soon as possible.

Just like a dog who is howling because he or she is scared and confused, a dog who is afraid of something else may also howl. Dogs left alone in a new place or puppies that are very scared may howl out of fear. Stray dogs that are caught by kind people may also howl out of fear. But no matter what is making the dog scared, if they are howling and in a situation that could be scary, it is a sad sign that they are scared. Dogs don’t usually howl when they are happy, excited, or at ease.

A Concern About Behavior

A lot of research has been done on how dogs act, and while we are still learning how to talk to them best, we do know that howling is sometimes a sign of a behaviour problem. Most of the time, these behaviours come from fear or anxiety, but it may take time and careful observation to figure out what makes your dog act this way.

Dogs with separation anxiety, for example, often howl when their owners aren’t around, which can be very loud. If you leave your dog at home and hear howling when you walk out the door, it’s a good sign that your dog is stressed or scared. Along with howling, a dog with true separation anxiety will do things like destroy things, pace, urinate or defecate when left alone, and/or claw at a cage or door. There are ways to ease this anxiety and the howling that often comes with it, but it will take time, training, and sometimes the use of pheromones, supplements, drugs, and other training aids.

In Response to Other Noises

You might have a dog that howls when it hears a siren or other loud noise. Most likely, this is because your dog thinks the noise is another dog howling, which is a way for dogs to bond with each other or talk to each other. If one dog starts to howl, it’s likely that other dogs will do the same. Siberian Huskies often do what comes naturally to them and howl as a group.

Some dogs are more vocal than others, and since all dogs have different personalities, you may have one that likes to howl to talk to you. When a dog howls at a person to get their attention, it can mean “stay away” if it’s protecting someone or something, or it can mean “come play” if it’s your dog or another friendly dog.